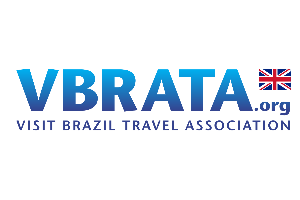 The History of Brazil

Brazil, over 500 years of history

The history of Brazil begins with indigenous people, of which there were many. Europeans arrived in Brazil on 22 April 1500. The first European to claim sovereignty over Indigenous lands, part of what is now the territory of the Federative Republic of Brazil on the continent of South America, was a Portuguese man named Pedro Álvares Cabral on 22 April 1500 under the sponsorship of the Kingdom of Portugal.

The country expanded south along the coast and west along the Amazon and other inland rivers.  The territory stemmed from the 15 original “donatary captaincy" colonies established on the northeast Atlantic coast.

The border was a complicated matter due to the Tordesillas Line of 1494 (approximately the 46th Meridian West) that had divided the Portuguese domain to the east from the Spanish to the west.  The country’s borders were only finalised in the early 20 century.

On 7 September 1822, the country declared its independence from Portugal, and it became the Empire of Brazil. Then, in 1889, a military coup established the First Brazilian Republic.

Brazil is unique in the Americas because, following independence from Portugal, it did not fragment into separate countries, as did British and Spanish possessions in the region. Instead, it retained its identity through the intervening centuries and various forms of government. Because of that sovereignty, the Portuguese language is universal except among Brazil’s native Indians, especially those in the more remote reaches of the Amazon basin.