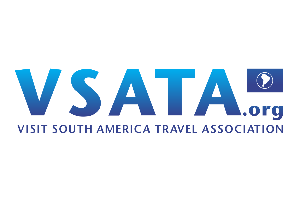 South America is the second largest continent in the world and lies in what is known as the Western Hemisphere, or the “New World”.

Surrounded by the Caribbean, South Pacific and South Atlantic, connected to Central America by the Isthmus of Panama, a narrow bridge 80 kilometres of land, it is also separated from Antarctica, its other neighbour, by the Drake Pass, south of Cape Horn. South America is a place of superlatives!

Its name derives from the Italian navigator Americo Vespucci, also one of the earliest European explorers of this untamed New World!  America used to refer to only to South America, but, over time, it came to refer to the entire landmass.  Because Mexico and Central America share in the bountiful and rich Iberian inheritance with the continent, the entire region comes together under the moniker, “Latin America.”

The continent was birthed with this Iberian flavour, becoming a melting pot of culture and dance, from samba in Brazil, to the infamous Argentine tango.  You can find the world’s driest desert here, and deep, dark tropical rainforests; snow-capped mountains, whirring volcanoes; and colonial towns and high-altitude cities.  The most bio-diverse continent, it blends well with coffee plantations, relics of ancient civilisations, and the might Amazon River!