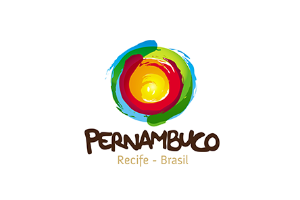 Pernambuco is an experience beyond comparison!

Pernambuco is a unique state demanding to be experienced by all our senses, a land of welcoming people, with countless natural beauties and monuments that tell Brazil’s history. It is truly an experience beyond comparison!

Located in Northeast of Brazil, this state is one of the most developed and attractive.

The state was one of the first areas to be occupied by the Portuguese and became a big producer of sugar and, for many years, was responsible for more than half of Brazil’s exports. This economic activity has made a profound mark on the culture of Pernambuco.

A mix of European, African, native Indian and Jewish people gave rise to tough, irreverent and creative people, who in the past, fought tooth and nail for their ideas and have put Pernambuco at the vanguard of the country’s cultural output.

Add to this a privileged coastline, with 187 kilometres of warm, crystal-clear waters, a modern airport and excellent hotels, and you will understand why Pernambuco is one of the most developed and attractive states in the region!

Climate: Tropical - hot and humid on the coast and in the forest and semi-arid in the countryside.

All you have to do is get there!

Pernambuco has enchanting beaches such as Porto de Galinhas, chosen several times as the most beautiful beach in Brazil. Some of the most important regional traditions like São João festivities – every June and figurative arts-are very much alive in the state’s interior.

Some of the top awards winning wines in South America are produced in the São Francisco River region, an area that also exports fruits to many parts of the world.